​The drilling method of underground drilling

What are horizontal and coal seam drills?

Do you know the deflection of underground drilling?

Diesel units are the power source for drilling, and each drilling rig is usually equipped with 3-5 high-powered diesel engines. They are the "power source" of the complete drilling rig and can lift the drilling tools (drilling tools consisting of square drill pipe, drill pipe, drill collar, and drill bit) weighing 200-300 tons so that the turntable drives the underground drilling to rotate rapidly to break the rock, and the drilling pump circulates the drilling fluid and forms a high-pressure fluid flow to flush the bottom of the well and carry out the rock chips from the drill pipe through the drill bit. rock chips. 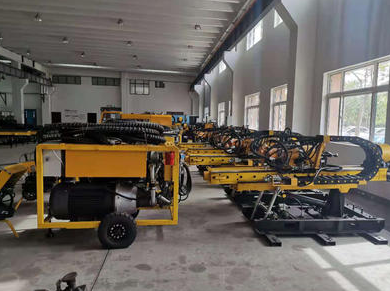 What are horizontal and coal seam drills?

Do you know the deflection of tunnel drilling?